We dried off, fixed our hair, had lunch. And now it was time for the village / artificial island of Ngongosila. A small number of artificial islands were built off the large island of Malaita several years ago to provide a healthier environment for the people away from the insects and the jungle. Malaria is one of the big health threats for people in the Solomon Islands, but you can’t take malaria medicine your entire life, the heavy DEET insect repellent that we were covering ourselves in was expensive and toxic. The government does come in and fog for mosquitos, the locals will sometimes cover themselves in mud to protect their skin. And entire villages have been moved off-shore away from the mosquitos. Unfortunately this puts them right in the path of ocean rising and increased intensity of storms with climate change.

The artificial island of Ngongosila was sitting right on the deck and was packed with people all waiting for our arrival. Now not all those people lived there. They had come from other islands, from the bigger island of Malaita, from next door at Guadalcanal. Because the white people were here, the white people were here. It was a snow day, a festival day, a pick-your-holiday, all rolled up in one.

We got off the boat and they took us by the hand here, and by the hand there, and then realized that, no, we needed to be off over there. Where the local chief gave a welcoming speech and the dancers came out to do the welcome dance. 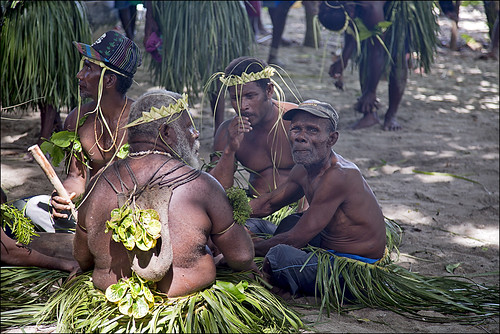 This one didn’t have any musical instruments. It had a group of old men beating the drums and chanting for the dozen young males dancing. Some dances were in circles, some were more mock warfare based. 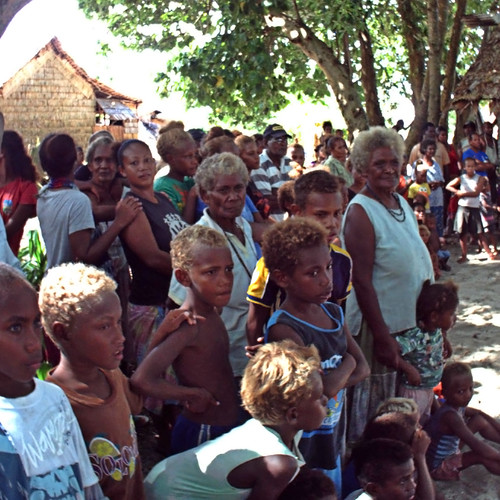 We were as much an attraction as the dancers. The kids, the adults stared at us.

I should talk about blackbirding at this point in my narrative. In the late 1800’s, ships came through all of the South Seas — Polynesia, Micronesia, and Melanesia — and kidnapped strong healthy males to work the cane fields in Australia. Pick your language. Were they hired and signed contracts? Were they recruited under false pretenses? Were they just stolen and taken as slaves? The end result was that the experienced male leadership was taken from the islands. Which influenced who was left to initiate the boys into manhood, who was left to tell the stories and pass the dances down to the next generation. Which shifted the power to the women who were left to fend for themselves and their children. This missing generation is still reverberating in this area.

On this island, only the men danced because they felt like the women had gotten too much power and they needed to reclaim that.

I didn’t get a great picture of the dancers. The lighting was wrong, there were too many people in the way. But this little boy was dressed like the older male dancers. 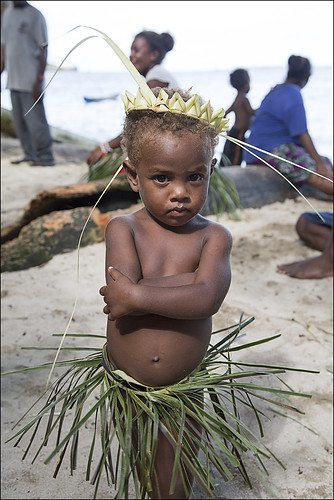 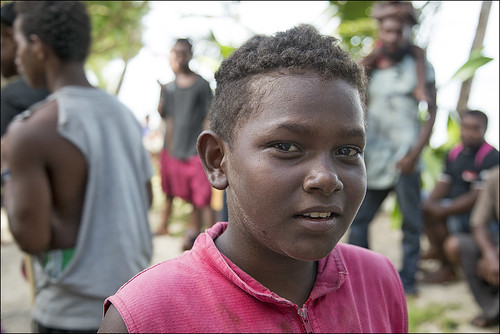 And again, the locals really wanted their pictures taken.

I did end up buying a Nautilus shell from the blankets for 100 Solomon dollars (16 dollars US). They had all forms of shells, including 3 foot Triton’s trumpet shells. Which meant I ended up in a discussion with the ship’s crew who specialized in diving / specimen collection. His assessment was that because Nautilus are deep reef creatures, it was unlikely they had collected them alive. That these were shells that had washed up on the beach already dead. But that the other shells, the snails, were most likely collected alive and killed as part of the collection process. And Triton’s trumpet snails, in particular, are protected in countries like Australia, because they eat the crown of thorns that are a threat to the reefs. So, yeah, I picked the good one. 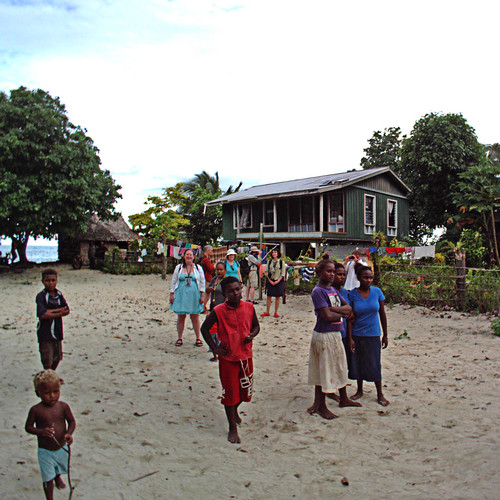 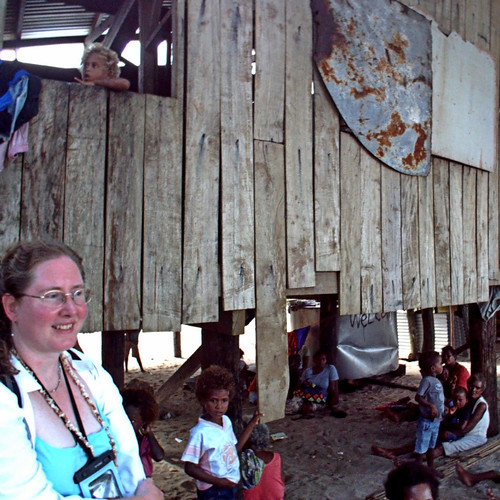 This is, of course, Gretchin caught with my Autographer camera as we wandered the island.

The women did get to put on a demonstration for us of their bride / marriage rituals. 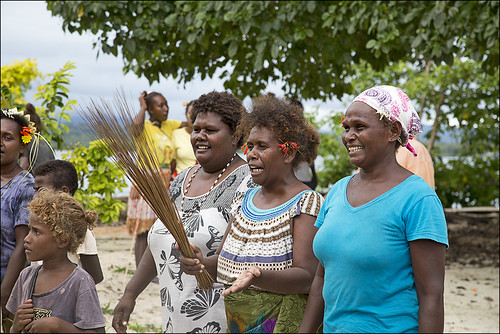 Apparently the bride is brought in with other women putting mats down under her feet so that she doesn’t touch the sand to the groom area where they’ve deliberately made a mess. And then she had to clean it up and how well she does influences the bride price.

The women had great fun with this. Particularly since the “bride” had obviously seen a great many years since her wedding. 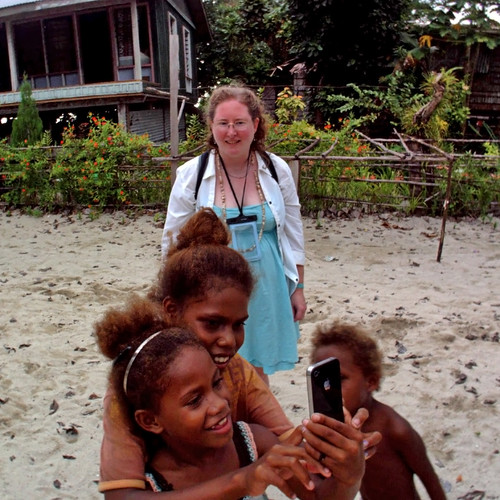 One thing Gretchin was doing in the middle of this confusion was handing her iPhone (aka the only camera she had with her) off to the locals for them to take pictures with. The idea being that they would react / get a different picture if one of them was taking the picture. 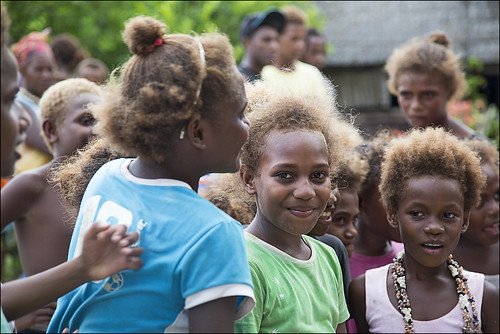 We ended the visit with the kids singing church songs of us and everyone doing the hokey-pokey.